Oy vey! It's been long long overdue... but today I started organizing my studio space. I had to take a few pics just to commemorate the occasion. Now, this might look pretty organized to some, but I have no idea what's in all those drawers. I have yarns, threads, tools, projects in various states of completion and who knows what else all mixed up there: 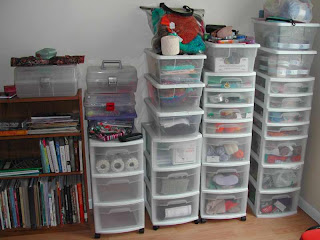 Add that to the fact that I have an addiction. Yes, my name is Sheryl and I'm addicted to purses, handbags, project bags,  totes, backpacks, gadget bags .... call them by whatever name you please! And, I hate to admit this, but what you see in this pic is just the tip of the iceberg. I was too embarrassed to show the other pile: 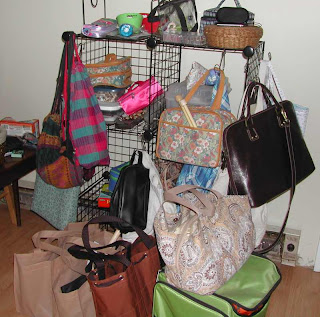 So, I started by shorting out the bags and the projects, tools, etc... hidden within. I did make quite a dent in all this. Of course I also dug up some projects I had forgotten about and will now serve to distract me for the next week or so. Take this yarn, for instance: 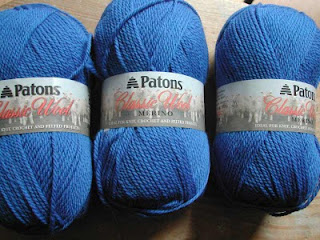 I had forgotten I had so much of it (probably about 8 skeins in all). I found it in a discount bin a while back,  and since I was in a felting mood I snapped it up. It's hard to tell from this pic, but it's sort of a royal blue color and not something I would have ever paid full price for, but hey... it's wool and now I feel obligated.

This has also given me a chance to get some of my tools together. I'll think about my tatting shuttles another day: 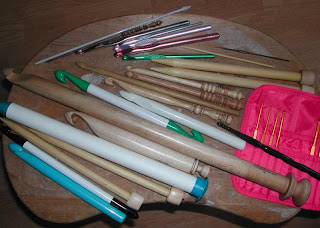 I love coming across something that you haven't seen in a while that brings back the memories... and here it is! As I was going through a couple drawers of little pouches and purses I found my old rabbit fur clutch purse!  I bought this at a thrift store back when I was in college, which though I'd love to say was just a few years ago, was really more like 30 years ago, and what a find it was! It's an olive green colored clutch bag (I think it's rabbit, anyway.. I'm really not sure): 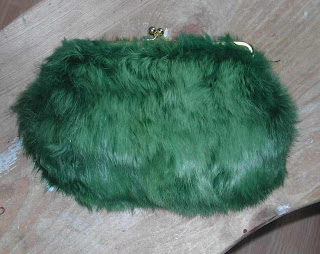 At the time it made quite a fashion statement. I put this shiny green chain on it back then so I could wear it around the body ... wow.. classy! 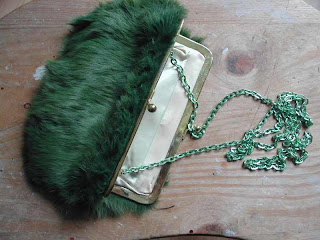 Posted by Sheryl Coleman at 4:13 PM